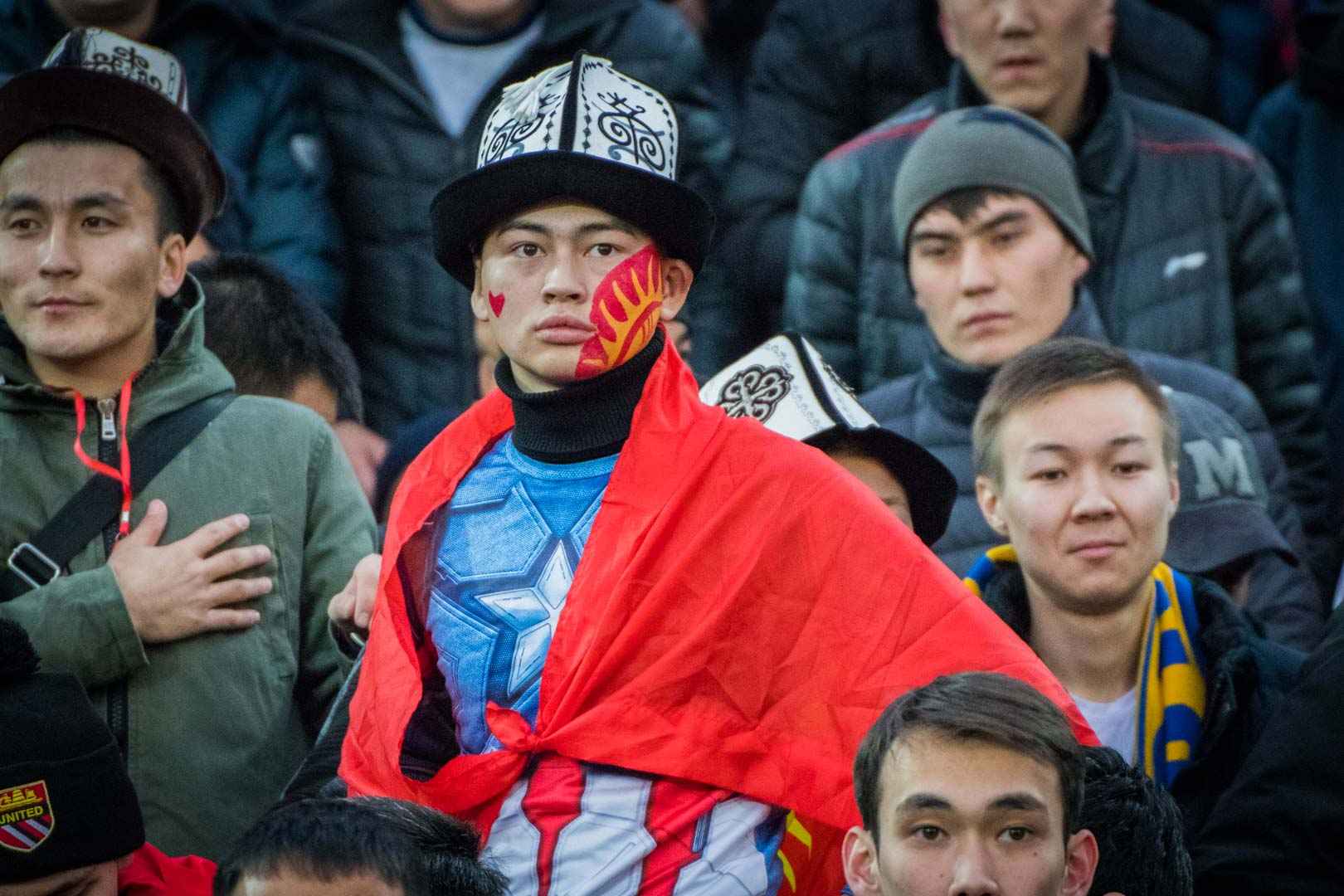 Fan Code of Conduct during games at the D. Omurzakov Stadium

Dear football fans and lovers! The Kyrgyz Football Union acknowledges that you should come well ahead of time when there are matches at the Dolon Omurzakov Stadium.

During the sports competitions at the stadium, uniform codes of conduct for all fans are in place. While staying at the Stadium and its adjacent territory, observe public order and generally accepted norms of behavior. Be respectful towards other spectators and participants of the match, service personnel, persons responsible for the observance of order, do not allow actions that create danger to others. Treat with care the property of the stadium and the property of other spectators, keep it clean.

In order to comply with the laws of the Kyrgyz Republic and the rights and legitimate interests of other spectators and participants in the event, spectators are prohibited:

- Enter and display inscriptions and symbols that are intended to stir up religious, racial, ethnic or national conflict and that offend the participants and other spectators;

- stay in the stadium under the influence of alcohol, carry and consume alcohol;

- smoke in a sports complex; - throw any items at the participants and on the field;

- to be on the stairs, in passages, seats, hatches, jump on fences, obstacles and stands.

Spectators have the right:

- enter the territory of the Stadium if they have tickets;

- use, in accordance with the procedure established by the Organizer of the match, the services at the Stadium;

- bring to the Stadium stands and use support facilities that meet the requirements of these Codes;

- go to the stands with non-alcoholic drinks in plastic or paper cups and food bought at the Stadium.

During the match the access to the territory around the stadium bounded by Isanov, Zhibek-Zholu, Panfilov streets and Chui Avenue will be available strictly by tickets. We sincerely hope that the fans of the national team will treat the above codes with responsibility and understanding. After all, the result of the team depends on your support.