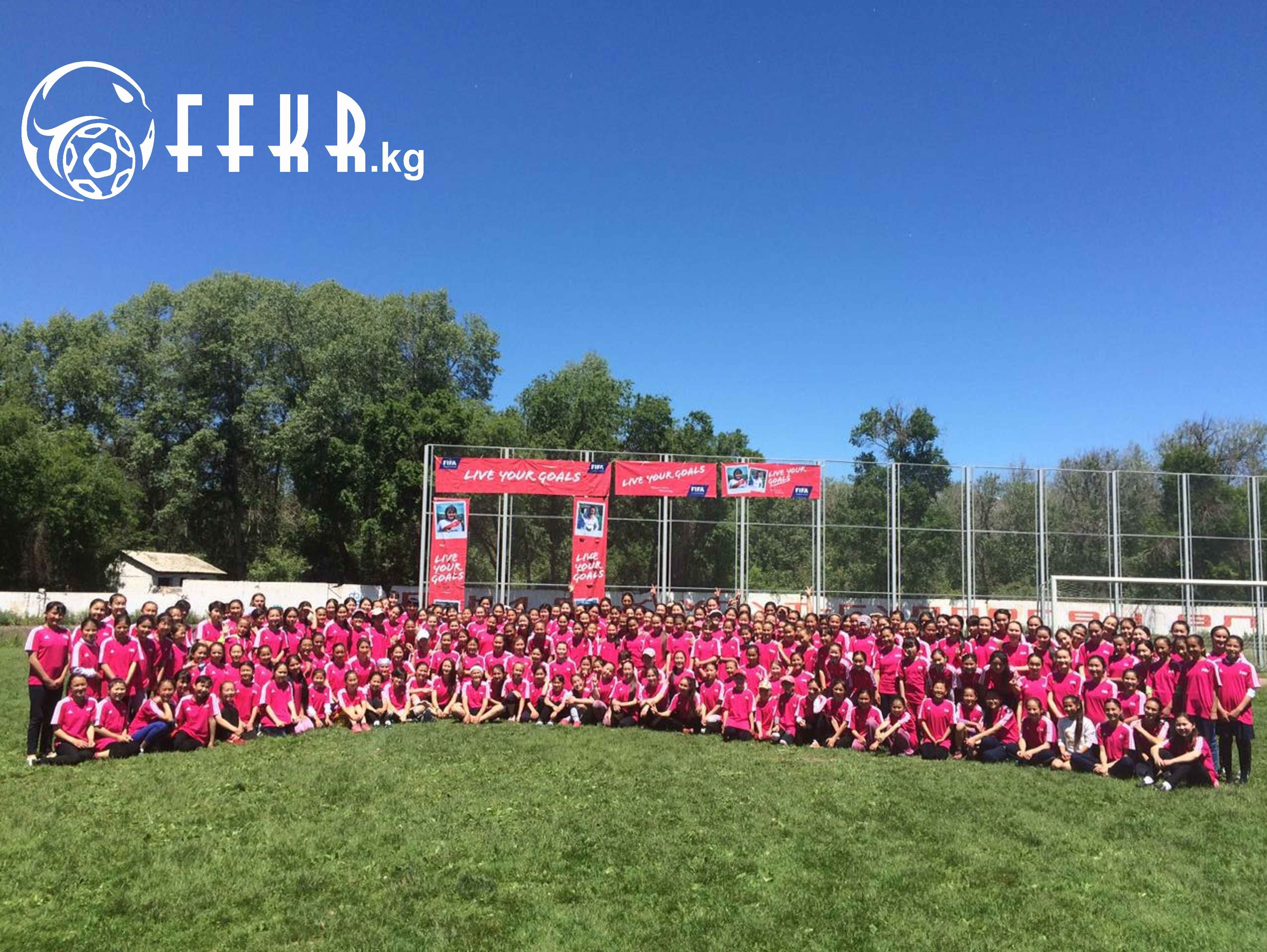 Live your goals is a project of the Federation International de Football Association (FIFA), which aimed to develop and popularize women's football, inspire and attract more girls to sports. Also an important item is the coverage of women's rights and gender equality issues in participating countries.

The "Live Your Goals" campaign was launched at the 2011 FIFA Women's World Cup in Germany and has become one of FIFA's most recognizable initiatives in women's football.

FIFA contributes to this programme by providing inventory and branded T-shirts.

In Kyrgyzstan, the campaign was successfully launched in 2014 along with 22 countries and ended in 2017.